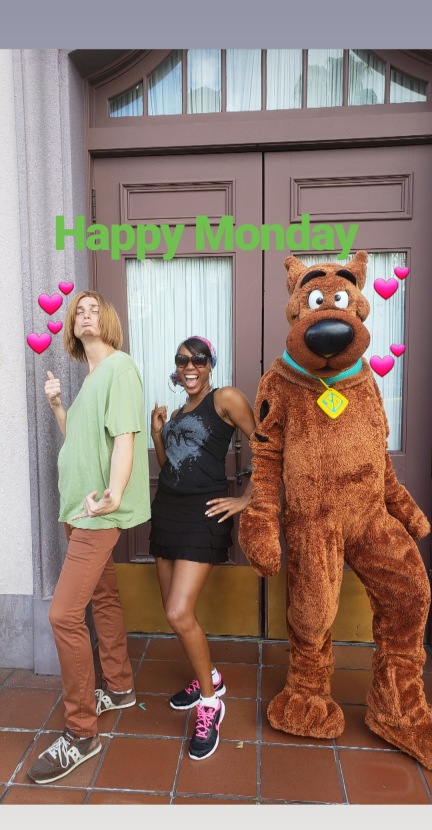 I have the pleasure of living in Orlando. There are so many things to see and do here. It is truly a tourist town and for permanent residents it can get boring after a few years. With that being said there are so many ways to entertain yourself living here. There’s SeaWorld, Disney, Gatorland, Funspot, Pointe Orlando, I Drive 360, etc. Beaches are less than an hour away.

This past weekend I went to Universal Studios and Islands of Adventures with my other half, my best friend Cassie, her set of twins, and my friend Tiffany. We were all really excited. The weather was perfect and during the summertime here in Orlando it rains every single day. I mean it can rain all morning or all afternoon, you just never know. Summer days can be very gloomy and incredibly hot but this Saturday that we went it was absolutely beautiful. It only rained twice and that was not until later in the afternoon.

We decided to go to Universal Studios 1st since the park closed earlier than normal because they were setting up for Halloween Horror Nights. We went straight to the kids zone, so the twins could run around in the waterpark where Woody Woodpecker, Barney, and the ET ride are. We stayed there for probably an hour. Then we went over to where the Simpson and Men in Black rides are.

Everyone was really happy. We got Duff beer for the adults and snacks for the kids. We took pictures and put the boys on that alien ride from the Simpson world. Then we walked over to the Simpson’s simulation ride, and the twins could not get on because they were too small. So we put our stuff in a locker and walked to go to the Men and Black ride; they were too small to get on that ride as well.

So we got more drinks and headed over to the Fast and Furious ride. We were in line for about 25 minutes. Once we got to the front, we were told the twins were too small to  get on that ride also. They were pretty upset. As we continued to walk around Universal Studios the twins were too small to get on almost every single ride at that park. Mind you, these boys are 4 years old and the price for children to get into Universal Studios is $92. They were not tall enough to get on almost anything.

They were however able to get on the Shrek 4D ride and that was pretty much it. They were even to small for the Despicable Me/Minions ride and I thought it was made for children. I was so confused, lol! But that didn’t stop them from having a good time.

They met Shaggy and Scooby from Scooby Doo. They got to take an awesome picture with Optimus Prime. They saw Puss in Boots. They won prizes in Simpson Land. Let’s not forget they rode the ET ride although they didn’t like it very much, lol!

So, if you plan to take you child to Universal Studios and they are under the age of 5, you might want to rethink it. The twins had fun but the park isn’t very kid friendly. My friends and I had more fun than the twins 😀😀